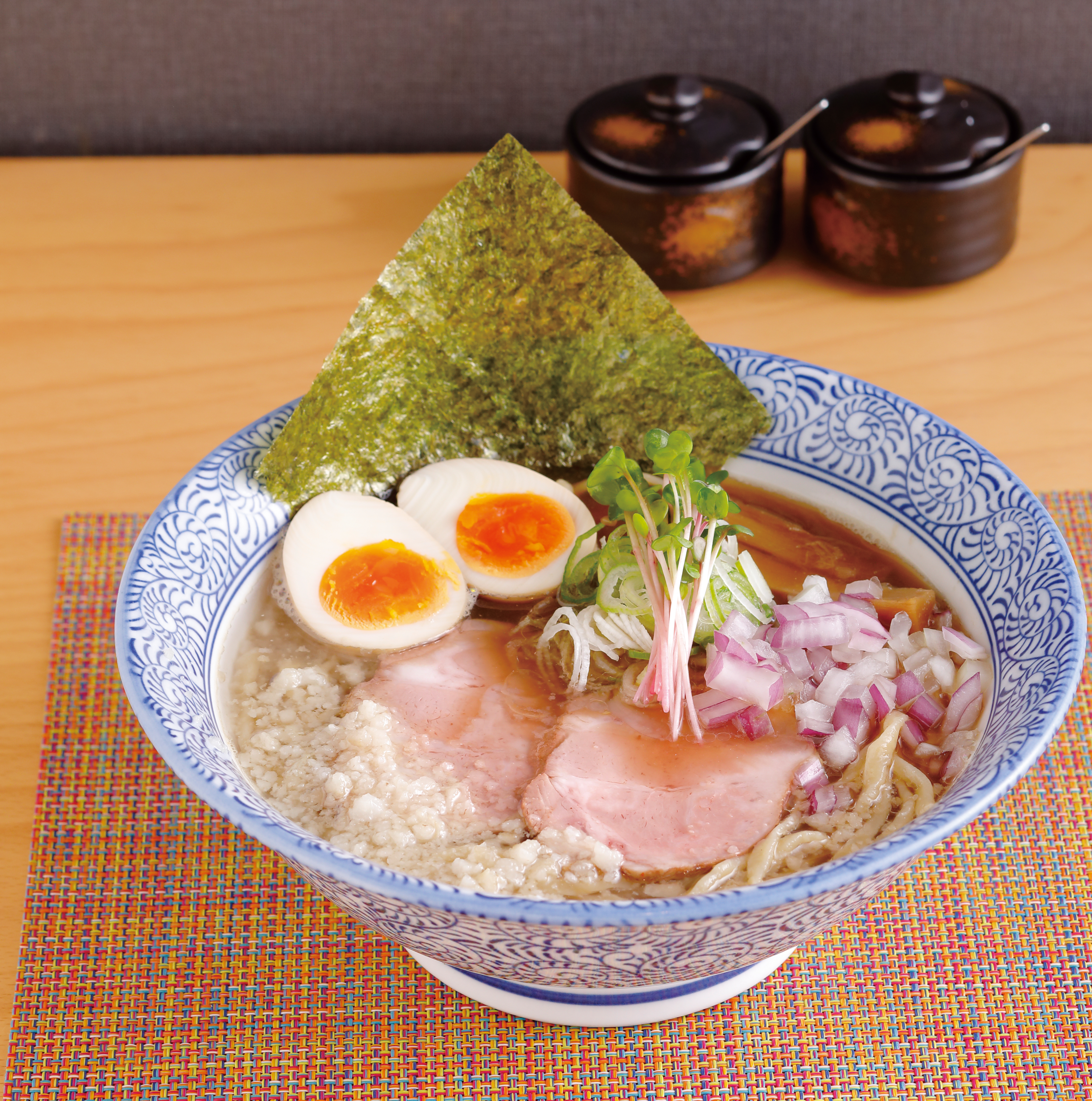 Posted at 10:00h in FEATURED, TOP by whykyoto

Kyoto ramen has its origins in the street stalls that flourished after the war. It is distinguished by the soup, made from either pork bones or chicken carcass and flavored with soy sauce. Whereas Kyoto cuisine is generally quite mild in terms of flavor, Kyoto ramen is considered quite intense. Yet it is very popular with the locals. If you try various different types of ramen, you will see why Kyoto ramen is such a hit all over the world. 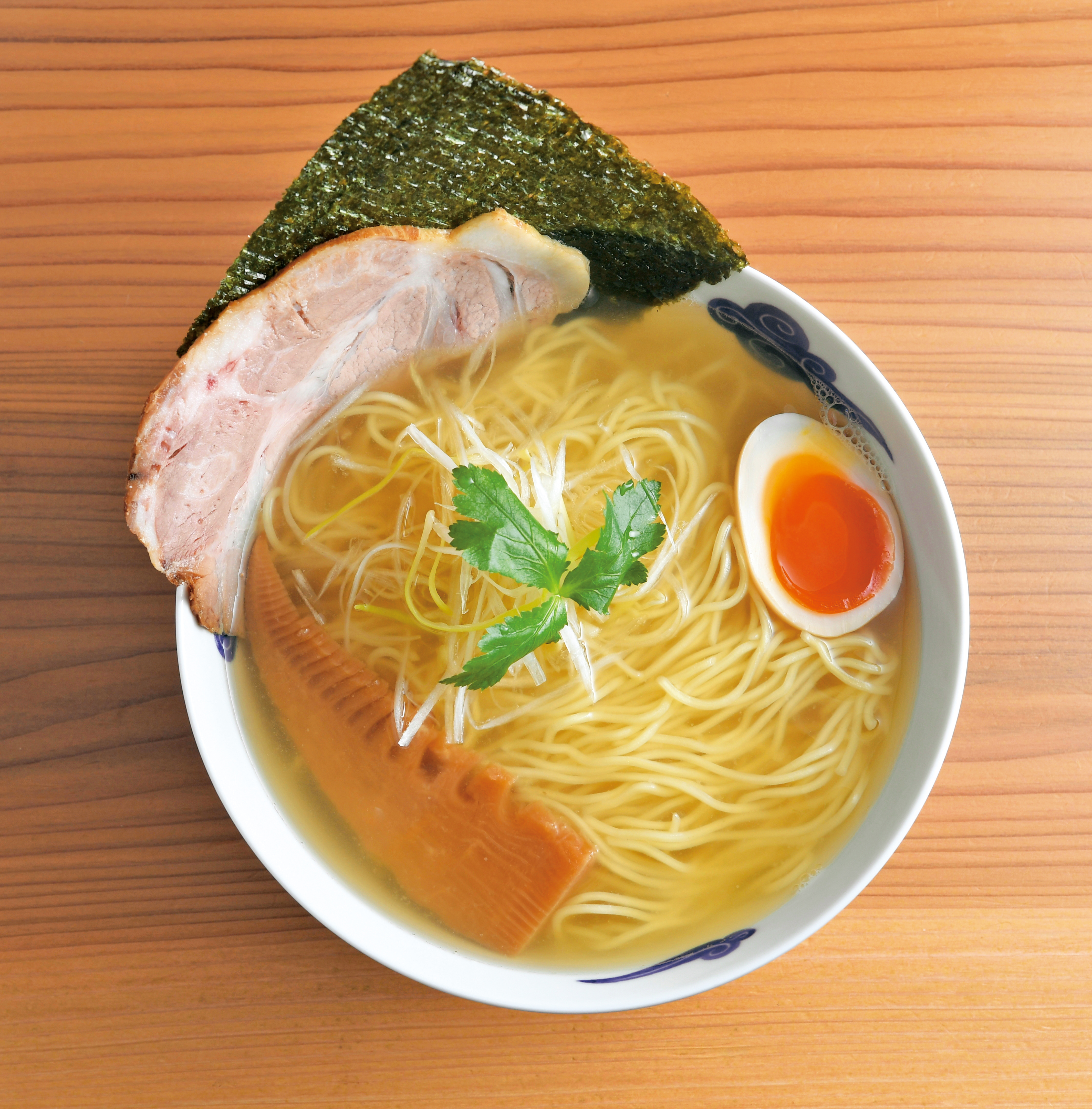 There are countless places to enjoy Kyoto ramen, but MENYA INOICHI HANARE is acknowledged as a place where you can enjoy the latest trend in flavor. Instead of traditional pork bones or chicken carcass, the soup is made with katsuo-bushi (dried bonito flakes) and other types of seafood. This meat-free variant is in fact equivalent to dashi, the all-purpose fish broth used to flavor udon and soba noodles and many other Japanese dishes. In order to produce the required intensity of flavor for the soup of ramen with a minimum of fat, it is important to use a lot of the best quality ingredients in the broth based on dashi rather than the standard udon/soba formulation. Ramen vendors are increasingly experimenting with combinations of meat-based and dashi broths, known as W soup, to create interesting new flavors. Broadly speaking, ramen in Kyoto falls into two camps: a very rich, dense stock that has been boiled down over time and is stronger than the standard meat broth, and a light, clean broth, which is known as chintan, more akin to traditional dashi. 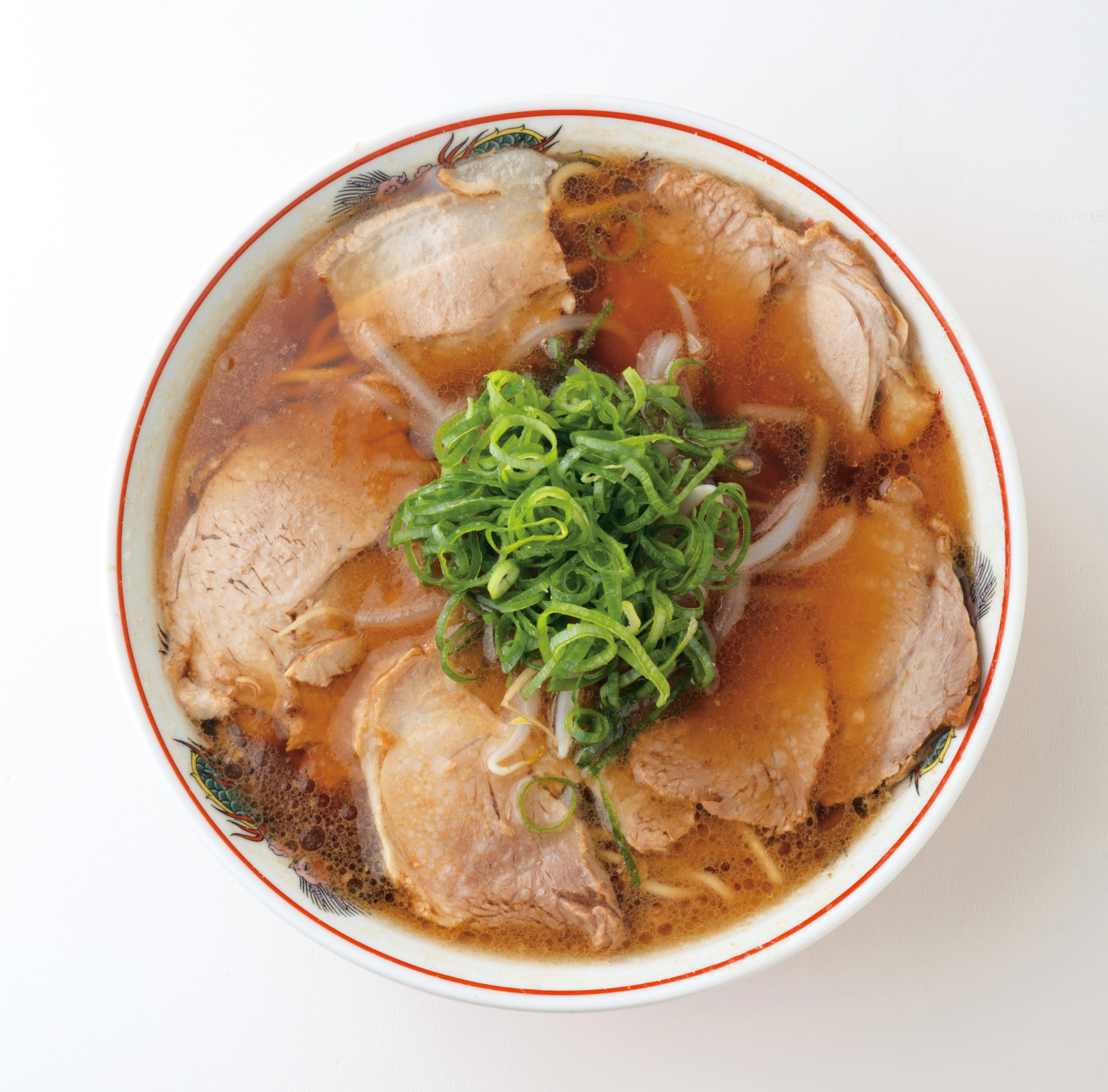 Columnist : Masaaki Sotsuka
Born in 1968 in Kyoto and now living in Osaka, Masaaki Sotsuka is a food writer who reports on various types of noodles as well as sushi, yakiniku (grilled meat) and okonomiyaki (savory pancake). While based in the Kobe, Osaka and Kyoto region, he regularly travels to all parts of Japan for his work. Publications include Ippaku Goshoku (One night, five meals) and Keihanshin kara Iku Ippaku Goshoku no Umaitabi (One night, five meals — a gourmet tour of the Keihanshin region) (Keihanshin Lmagazine), and more recently Osaka Sauce Diver (Bricoleur Publishing), co-authored with Koji Horino.