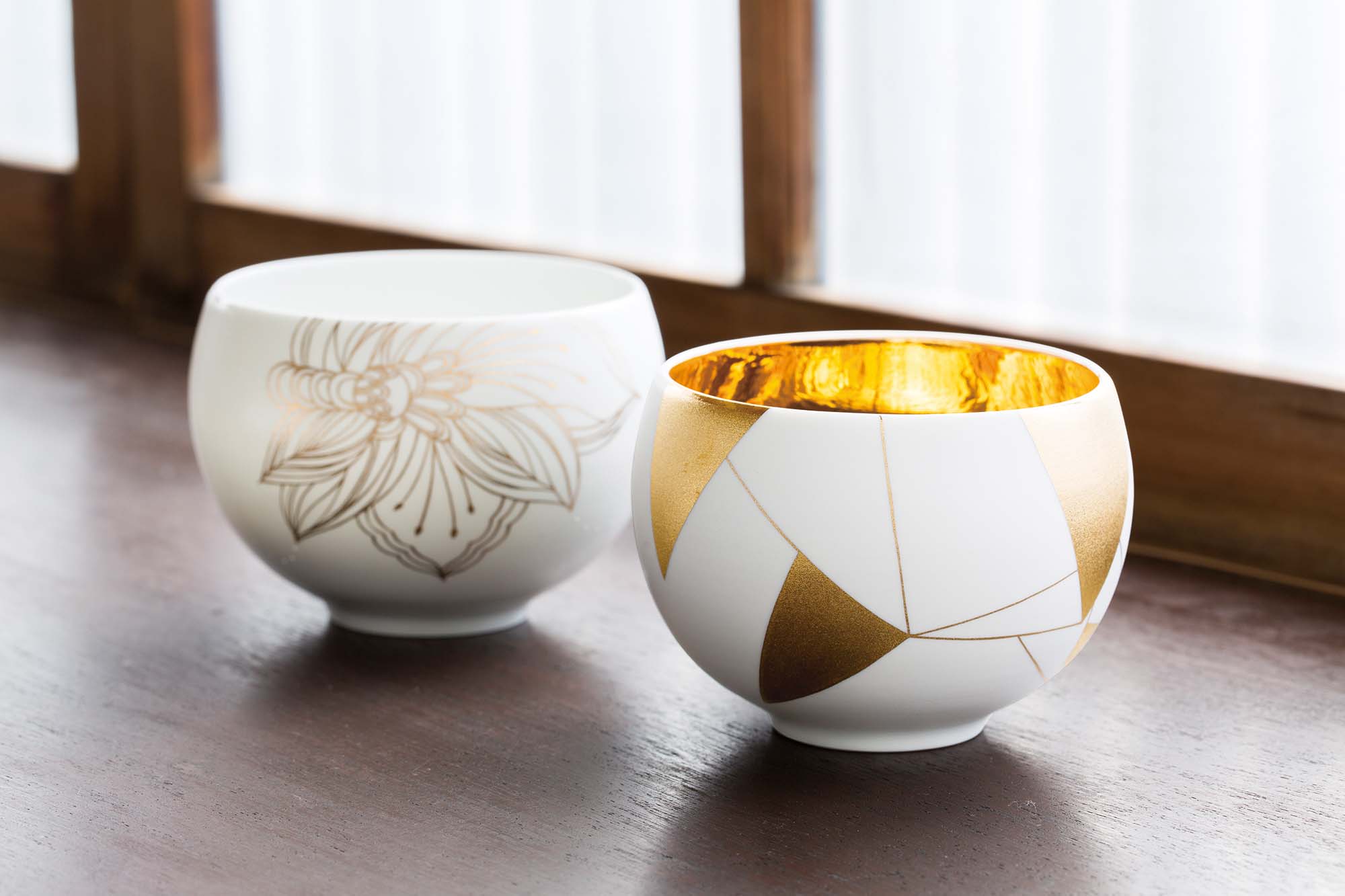 Posted at 02:40h in FEATURED by whykyoto

Delicate and dynamic patterns are drawn in gold on matte blanc de chine, unpainted porcelain from Dehua in China. Like a
single page in a book, a message is incorporated onto each piece. Lined up together, they spin a single tale. Porcelain tile painter Showko Kawahara is responsible for this “story vessel” concept under the name of SIONE. Ms. Kawahara was born into the pottery tradition of making ceramic vessels for use in the tea ceremony, which has continued for approximately 350 years in Kyoto, but she felt it a waste since the tea ceremony culture is loved by only a limited number of people in Japan. After graduating college, she apprenticed with a porcelain tile painter in Saga Prefecture known for Arita-yaki ware. Using this experience, she pursued “a project that only she could complete,” and the result was SIONE, which incorporates the hospitality of the Japanese culture toward guests in the tea ceremony into the “story vessel”. First, Ms. Kawahara creates the story, and then she expresses the story’s scenes in a design such as the shape of the vessel or a pattern. After that, she forms the mold and performs glost firing with carefully selected clay from areas such as Arita and Hasami in Japan. The painting and final firing are performed in Kyoto. 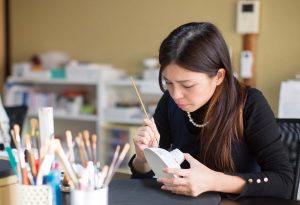 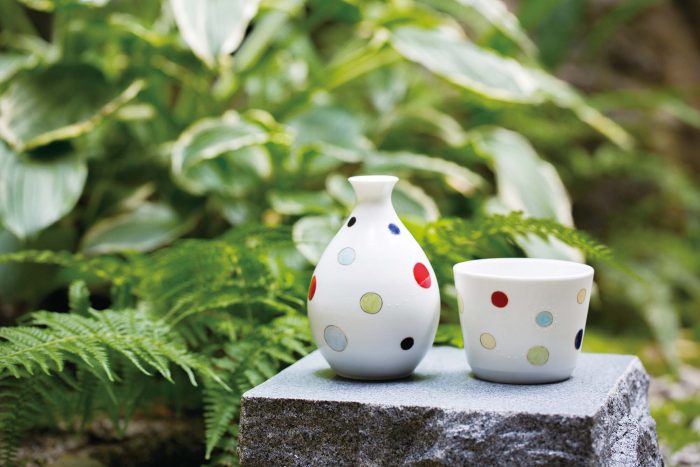 Recently, her activities have broadened, and she has announced a series created in combination with kyoyuzen dyeing called GRACE. Kyoyuzen dyeing is a traditional Kyoto craft, and is known as a technique for dyeing things like kimonos. The dot pattern produced in the process in which these yuzen dye artisans check the colors has been sublimated as is into the design. It is a type of creation that incorporates traditional techniques and spirit without being bound to tradition. This is the main appeal of SIONE.

The information is current as of November 2016.