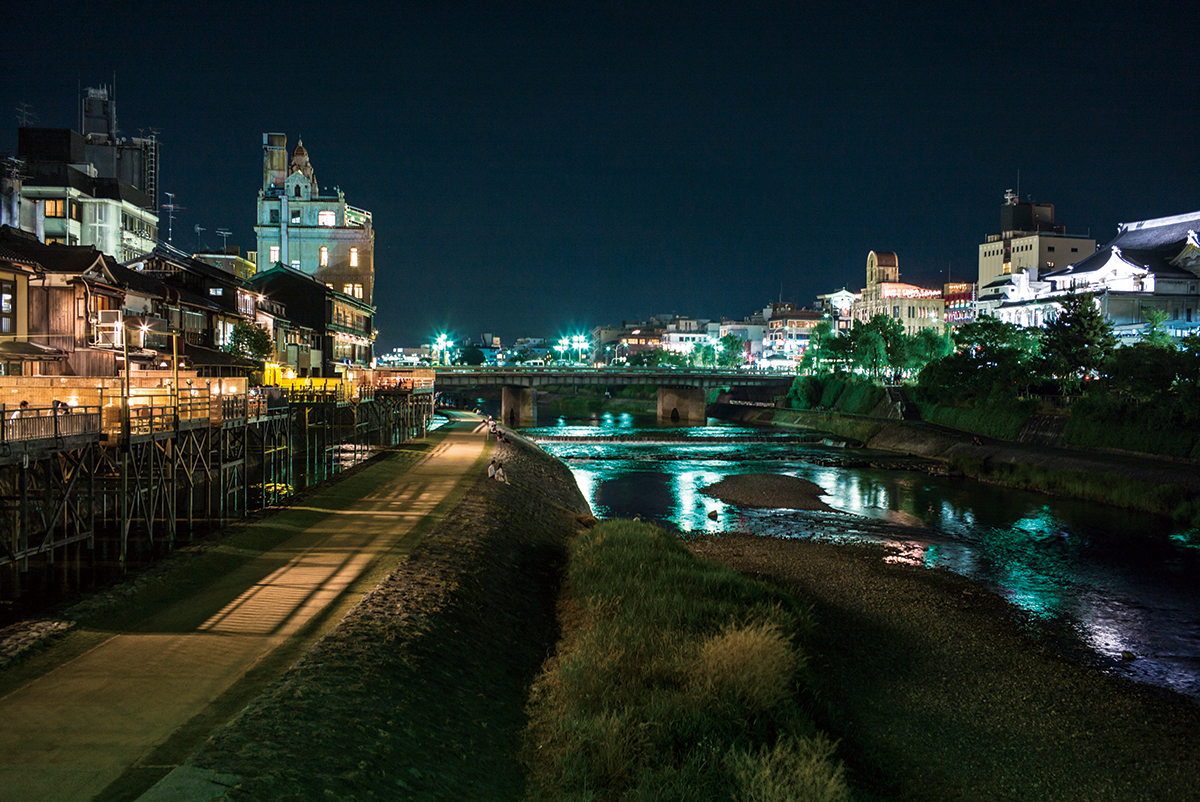 Jun 19,2017 Turn the heat into enjoyment how Kyoto people cool down elegantly -1

Posted at 11:17h in FEATURED by whykyoto

A key feature of summers in Kyoto is the “kawayuka” also known as “kawadoko.” As the season changes to summer, eateries along the Kamo River and the Kibune area erect platforms resembling terraces on the river. What is the attraction of the kawayuka? Let us explore its appeal with Jeff Berglund, a United States native living in a kyomachiya townhouse along the Kamo River.

The season of fluttering cherry blossoms is ended, and the strong rays of the sun begin to beat down. Entertaining on raised platforms along the Kamo River starts on May 1, heralding the arrival of summer for the residents of Kyoto. These terraces are called noryo-yuka in Japanese and are outdoor spaces that project out over the Kamo River. Open every year from May to the last day of September, they offer a place for visitors to enjoy food and drink. They are increasingly popular not only with the residents of Kyoto, but also with tourists.
The noryo-yuka got its start in the beginning of the Edo period (1603-1867), when wooden platforms called shogi were erected on the surface of the water of the Kamo River. “They share the same Kanji characters, but the platforms in the river are called kawadoko, and the platforms projecting out from restaurants today are called kawayuka. In the Meiji Era (1868-1912), the period for these riverside platforms appears to have been from July to August, a mere two months. By the Taisho Era (1912-1926), installing platforms in the river was prohibited due to flood control efforts, and there was also a period where they were completely eliminated due to World War II.” Following the war, the noryo-yuka were revived to pass on to the next generation, and assumed their present form. Today, people gather on approximately 90 kawayuka from Nijo Street to Gojo Street. In the past, nearly all the restaurants served Japanese food, but nowadays, the kawayuka experience is available at Italian and French restaurants as well as cafes and bars. “Eateries serve lunch and dinner in May and September, and are only open at night from June to August. Spending a night under subtle lighting with an evening breeze feels wonderful. It is enough to cause guests to lose all track of time. Be sure to experience the kawayuka culture that is such a part of Kyoto’s history.”

The information is current as of May 2017.