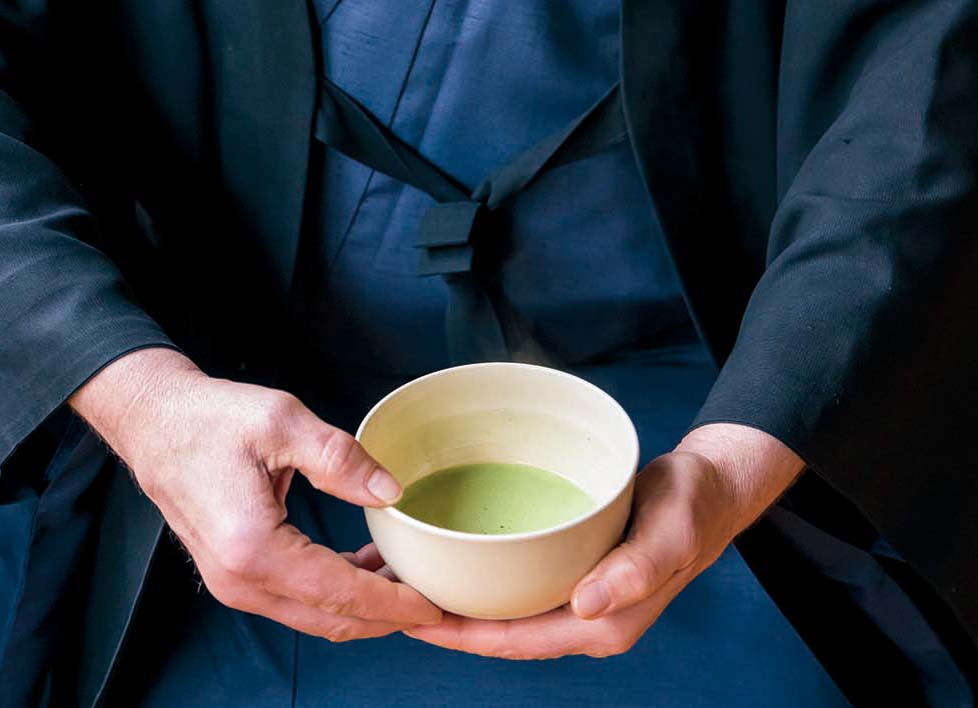 Posted at 07:53h in FEATURED by whykyoto

BEAUTIFULLY SIMPLE –MATCHA IS KIND TO THE BODY AND SOUL

Matcha is loved by people the world over. The history of tea in Japan began with matcha. Consuming the entire tea leaf via matcha is considered to have positive health and beauty effects due to its vitamins, minerals, and fi bers. Fresh, high quality matcha is a vivid green color. To preserve this pristine condition, keep out moisture and light, and store it in a cool location. Out of the variety of leaves available in Japan, we recommend Uji matcha from Kyoto. It boasts a solid position as one of the highest quality matcha teas.

There are two types of matcha. One is called koicha, or “thick tea,” with a more concentrated fl avor and an almost creamy texture. The other, most commonly served matcha is called usucha, or “thin tea.” Its fl avor is light enough for anyone to enjoy. When you come to Kyoto, don’t miss out on drinking matcha and fi nding your own favorite fl avor.

Sen no Rikyū (1522-1591) is considered the founding forefather of the ‘way of tea’. Born to a merchant family in what is currently Osaka, he became a tea master, eventually serving the ruler of Japan at the time, Toyotomi Hideyoshi. Up until then, tea was enjoyed in noisy and fl ashy teahouses with lavish utensils. The wabicha that Rikyū advocated pursued the beauty of asceticism in a minimalist Japanese sense. There are three schools which exist to this day that are from his direct lineage. 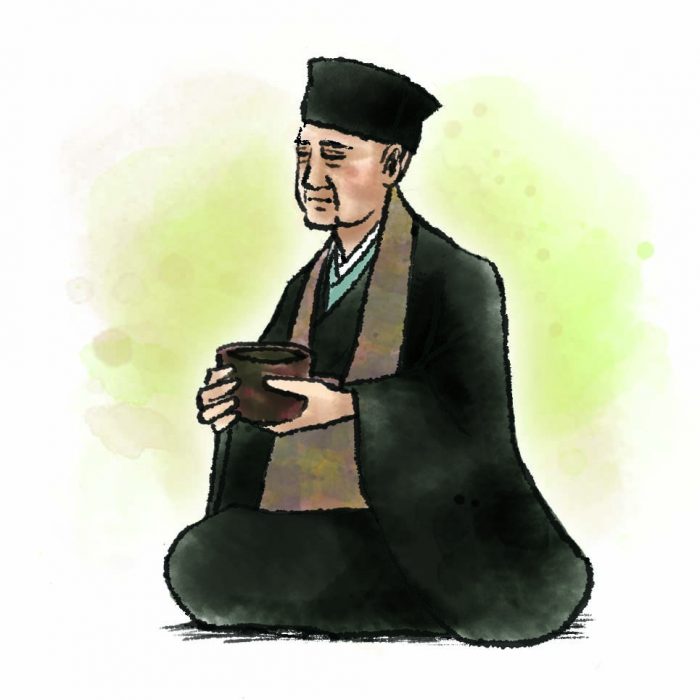 10 UTENSILS INDISPENSABLE for the TEA CEREMONY

HOST’S UTENSILS
Many utensils are used in the way of tea, but let us introduce some basic ones. First is the chawan, or tea bowl (A). The matcha and hot water are poured into this, and a chasen (C) is used to whisk up the matcha. This utensil is carved from a single piece of bamboo that depending on it’s use has been spliced into 16 to 120 strands. A natsume (E) is used to store the matcha. They are usually lacquered, and some are even made by master lacquerers, serving as fi ne examples of craftsmanship. 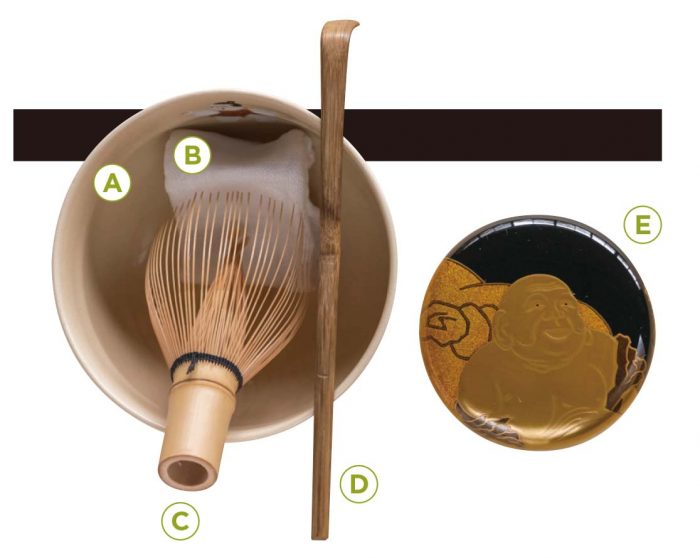 GUEST’S RESPONSIBILITIES and WHAT TO BRING
When attending a tea gathering, the following should be observed by the guest. The chawan should be handled very carefully. It should not be lifted too far from the fl oor when it is being observed. Pick it up with both elbows resting on ones knees and take a closer look. Kobukusa (F) is sometimes necessary when observing the ceremony’s utensils. It would also be ideal to bring a kaishi (H) to place the sweet on and a kashikiri (I) to cut it as well. 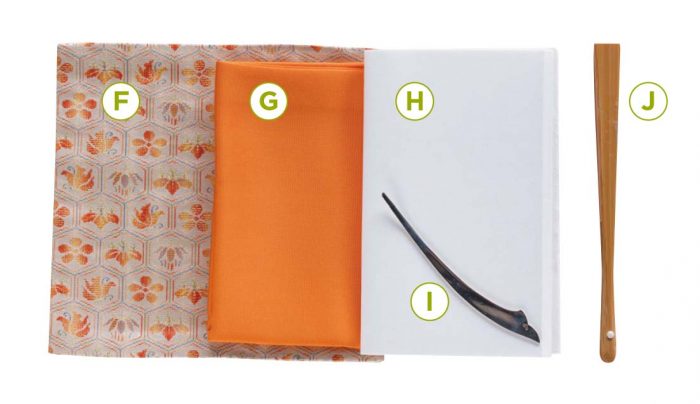 The information is current as of February 2016.